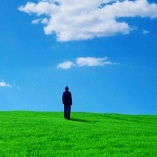 There’s the bad when it comes to bosses.  And then there’s the egregious.

AOL CEO Tim Armstrong is the latest poster boy of egregious.  Read about what he did in this issue of eThoughtStarters, and how long it took him to apologize.

Making a mistake is one thing.  My Mom always said, “It’s not about the mistake, but how you handle things after the mistake is made.”

If you give Tim the benefit of the doubt that he did something stupid in the moment, you would have thought he would have realized he made a serious mistake and apologized right away.  Not several days later. In this issue, we also analyze his apology letter, which was sent to all employees, as part of our Hit or Missive series.

The sad part about this story – it might be (and we can’t know from the outside) that he didn’t think what he did was wrong until his clean-up crew  urged him to act a few days later.  And that’s an even worse problem to have.

Check out our CEO Resource Center for everything you need to ensure your top leaders are good bosses.

The Connection Between Change and Growth

Getting Difficult Questions from Your Employees? 3 Tips to Facilitate Dialogue and Understanding

Holy Shift: The “Great Resignation” is On