Michael Bay’s CES Fail: Why Communication Strategies Can Make or Break You

Until a few days ago, Michael Bay made headlines for the movies he directed, mainly blockbuster, action flicks like those in the Transformers series. But now he’s making headlines and trending on Twitter for a very different reason: his embarrassing moment at the Consumer Electronic Show (CES).

Bay was hired by Samsung to speak in front of CES participants and media to promote Samsung’s new curved HDTVs. When he went to deliver his speech, the teleprompter failed. Thrown off, flustered, and unable to ad lib, Bay walked off stage, leaving Samsung Executive Vice President on stage to apologize for him.

Both Samsung and Bay are being pummeled with criticism and are in major clean-up mode.

What went wrong from a communications perspective?

Bay’s speech was entirely scripted, so when the teleprompter failed, he lost his crutch. He initially said “I’ll just wing this” but clearly proved unable to do so. The problem with scripted speeches that either haven’t been practiced or that rely on technology to be delivered is that there’s little room for error. While the teleprompter structure can be helpful, it’s very constraining and not forgiving when issues arise.

What can we learn from this very public communication incident?

I can empathize with what happened to Bay—the teleprompter glitch, and how he must have felt. That said, there were a number of ways to have handled the situation in a way that won the audience over, and to have possibly avoided the whole issue in the first place.

Do you need to re-think how you make presentations? If so, what changes might help?

Want to learn how to create and deliver meaningful communication? Download our Mastering the Art of Messaging eBook today! 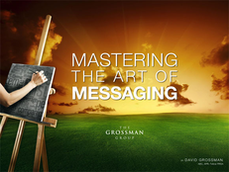 Share Solid Feedback as Well as Motivation and Intent

Effects of Poor Communication in the Workplace (with Solutions)