I’m honored to share a guest post with you by Diego Segura, a young leader who is already well on his way to finding his voice and making an impact. He recently reached out to me and shared a story about what he’s learned from his dad as a long-time sales manager on the importance of using communication to create positive change. He shared that a recent post I published inspired him, too, which is part of why he reached out asking if he could be a guest blogger (or if I’d be open to reviewing his writing). I applaud his approach and willingness to ask for an opportunity. I always tell my girls that you have to ask for what you want! He did and he’s done a terrific job on this piece and I hope you enjoy it as much as I did. 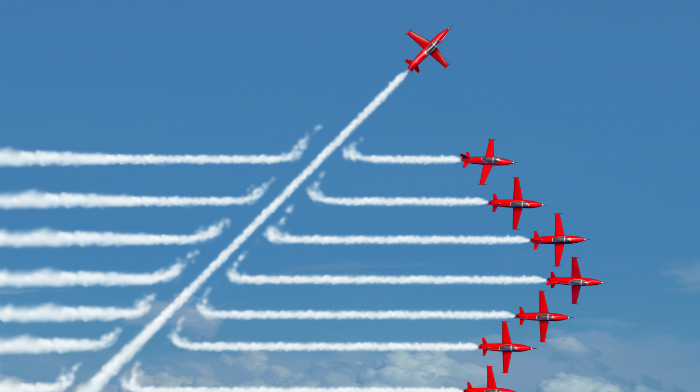 Though a difficult and complex task, we have a responsibility as leaders to deal with the non-binary nature of the world we live and lead in. If leadership was as simple as enforcing a handbook of rules, then we could save ourselves the time and energy spent evaluating situations and leave it to a computer. This might work in some cases (we’ve taught computers to play chess exceptionally well), but it won’t show our people that we care about them, or even result in organizations that enjoy long term, innovative success. For better or for worse, everything is not black and white, and that’s a reality that I don’t believe will change anytime soon.

The Balancing Act of Leadership

Dealing with rules and enforcing them effectively is an extraordinarily tough balancing act. As tempting as it may be to stick to the rules in every instance, it is equally tempting to abandon the rules entirely. This is exemplified in education, where there are “cool teachers” who allow the students to do whatever they want, at the price of their education and development. Yet if you walk a couple paces down the hallway to the school library, you’ll find a benevolent dictator who rules over their literary sanctuary with an iron fist of hushes and shushes. The former values only the people they serve; that is, the “cool teacher” wants to win the favor of the students, and does so easily by playing to their short term interests of having fun rather than learning. The latter adheres strictly to the rules because the bottom line is of utmost importance: whether or not the library is silent, peaceful, and distraction-free.

This is the paradigm that we are faced with. We value rules, procedures, and boundaries, of course. To the extent that they make our businesses and even relationships run smoothly, rules make sense. However, there does come a point where those very same restrictions can also restrict the relationships that we have with those we need to lead, not frustrate.

By breaking our own rules and being open to exceptions, we can show our people—whether they be customers, students, or employees—that we value them more than we do mere rules and regulations. After all, if we only showed up every day to read a rulebook rather than lead a team, we would be little more than a mall cop.

At the end of many a tough sale, my father used to sit with his customers as they signed papers for the purchase of their new vehicle. Over the course of nearly 2 decades he sold to thousands of customers of all backgrounds and dispositions. At the end of one particularly memorable sale (for both good and bad reasons), he told his customers, “They don’t like when I do this, but I’m going to go make sure you all leave with a full tank of gas.” As simple a gesture as this was (quite frankly, he thought it should be standard practice), it presented the opportunity to bend the rules to do something right for the customer. It was not encouraged by his superiors, which made this small exception into a meaningful statement of friendship and trust. “As tough as they may have been through the sale, my customers are still more important to me than the rules.” That’s a big message to send by breaking a simple rule.

Of course, this isn’t about a constant act of rule breaking, nor a promotional giveaway to bring in customers. It’s about sending a message, and achieving the balance between people and the bottom line. When someone else puts their name on the line for us, even if it’s just to get us something like a tank of gas, they have formed a bond of trust, and that can’t be created without being willing to make an exception.

What rules have you broken today, and who will you break them for?

Diego Segura is a 17 year old graphic designer, blogger, and partner at thirdbreath. He writes about and shares his learning and thoughts at his blog and is currently writing his first book called The Dropout Manifesto. In the coming years, he plans on writing more books, speaking publicly, and learning from great mentors. You can follow his journey by reading his blog at diegodoes.com and following him on Twitter @diegodoes.

Click below to download—The Leader Differential: Five Steps to Thrive (Not Just Survive—an internal communications primer for leaders and get insights on the kinds of strategies that can rebuild an organization’s culture and produce exciting business results.