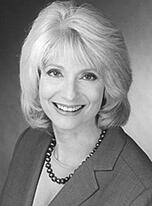 I was inspired recently by an article from Richard Brookhiser in The Wall Street Journal of February 16 entitled “What Would Lincoln Do?”  The article points out that Lincoln was remarkably lacking in leadership experience before he became president.  And yet he was so effective that he is almost always ranked as one of America’s greatest presidents.

If it wasn’t extensive leadership experience, what did Lincoln bring to his presidential role that made him so great?  Besides his extraordinary writing ability, Lincoln practiced a set of action principles which can provide guidance to contemporary leaders:

1.     Cite precedent.  As a lawyer, Lincoln had learned to be mindful of precedents.  He linked his ideas and initiatives with the principles of the Founding Fathers, and in doing so, he strengthened the power of his arguments.

2.     Make your case.  Lincoln did not ignore the importance of political wheeling and dealing, but he knew that his success depended ultimately on shaping public opinion.

3.     Humor helps.  Lincoln used humor to engage others, to distract them, and sometimes to teach important lessons.

4.     Principles first.  Lincoln recognized that personality and celebrity are important aspects of leadership, but he knew that fundamentally, “Right makes might.”

5.     Be inclusive.  Lincoln excelled at making coalitions with a wide variety of people – people with difficult personalities, different agendas, and different political views.

It’s amazing how relevant these action principles are to leadership today.  And it’s equally amazing how few leaders consistently employ them.  It’s hard to lead according to Lincoln’s rules.  But as the article concludes, “Look to the past, speak out, laugh, stand firm and stand together.  What worked for Lincoln might work for you.”

Gail Golden, MBA, Ph.D., is the Principal of Gail Golden Consulting, LLC. As a psychologist and consultant for over twenty-five years, she has developed deep expertise in helping businesses to build better leaders.

Get regular updates by subscribing to our blog today!

Black at Work, Too: What 2020 Taught Us About the Black Experience in the Workplace & What You Can Do – Guest Blogger Brienna LaCoste