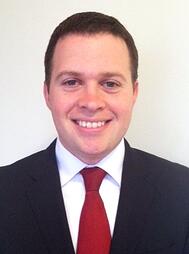 Never write when you can talk. Never talk when you can nod. And never put anything in an e-mail.” — Eliot Spitzer, (then) Attorney General, New York State.

During the work day, employees often spend time using Facebook to message their friends, Tweeting the latest updates to their followers, or just surfing the internet. Though these activities may decrease productivity, they likely will not result in any additional harm to the employer. In more extreme cases, however, employees may harass or bully their co-workers, reveal confidential company information, endorse/denounce products or services without proper disclosure, or engage in criminal conduct. In such instances, employers face far greater risks, including the following:

Because of these legal landmines, employers have recently begun banning words that employees can use in communications.  For example, it was recently reported that General Motors instructed employees how to communicate with each other regarding possible safety issues by refraining use of certain words.  In particular, among the "Judgment words" employees were told to avoid: "Hindenburg," "powder keg," "Titanic," "apocalyptic," "You're toast," and "Kevorkianesque."  Less inflammatory words such as "safety," "safety related," "serious," "failure," and "defect" were also listed as words to be avoided.

Likewise, Goldman Sachs has precluded its employees from using swear words in email communications as a result of fraud lawsuits and government involvement arising out of the mortgage crisis. "[B]oy, that timberwo[l]f was one s— deal," Thomas Montag, who helped run Goldman's securities business, wrote in an email, that was repeatedly referred to at a Senate hearing.  After such embarrassing and liable communications, Goldman banned all swear words to avoid them from ever being made public again.

In response to these issues, some companies are even taking the matters out of the employee’s hands.  New York-based media company Bloomberg LP says it has monitored emails for more than 10 years, using an application that scans messages for 70 words and phrases—in English and several other languages— considered profane. When caught, an offending Bloomberg employee gets a pop-up message warning him or her not to send the message, which highlights the naughty word. Depending on the severity of the word, some emails will be blocked altogether from being sent. (The same technology also is available for clients of Bloomberg's terminals.)

Regardless of the warnings or methods used to protect, the explosion of email use and social media has put companies at greater risk of liability than ever before.  Amidst this mounting pressure, it is best to communicate regularly with employees about these risks and to have legal counsel guide the company towards avoiding these dangerous, and potentially costly, pitfalls.

David Rubenstein is a business attorney who helps business owners solve problems.  In assuming the trusted advisor role, Rubenstein works hand-in-hand with Business Owners and Executive-Level clients to develop efficient business practices to help your business grow as well as to guard against problems and challenges facing your business.  By offering a global perspective to handle all the problems a business would face, Rubenstein sets himself apart from the competition to add value to your business. Rubenstein can be contacted at DRubenstein@RubensteinBusinessLaw.com.

Get regular updates by subscribing to our blog today!

Black at Work, Too: What 2020 Taught Us About the Black Experience in the Workplace & What You Can Do – Guest Blogger Brienna LaCoste